What You Missed at the 2018 Latin Grammys

Jaja, no not really. But Will Smith did make an appearance at the Latin Grammys last Thursday, even throwing in some Spanish during his performance of está rico with Marc Anthony and Bad Bunny. Halsey alo did a little singing in Spanish in her duet with Sebastián Yatra on No Hay Nadie Más 😉

You can catch some highlights from the show here:

The Latin Grammy’s is a great place to explore Spanish-language artists that you might enjoy and can use to practice your Spanish. The ceremony was all in Spanish and the actuaciones also included:

Before we tell you more about the show and share some music, here are a few relevant Spanish vocab words:

One thing that became clear during the ceremony was there’s a lot of variety in latin music, and there’s also discord brewing between the popular and growing genre of reggaeton vs more classic and veteran music and musicians. J Balvin addressed it directly in his discurso after winning Best Urban Album (his 1 win of 9 total nominations). He took to the stage to say:

“To everyone who is representing this genre that we have been fighting for so much, that at times has been a little discriminated (against), but here we continue fighting and showing that there are people with a lot of talent, that reggaeton has saved lives, that reggaeton has motivated people to leave the streets and focus on having better dreams, that are worth dreaming.”

“Let’s not kill the dreams of the new producers that are coming (up), the new songwriters that are coming up. Value the new blood, the young blood that is coming because we are the future of music. Obviously with total respect to all the artists who have been legends and will be legends always, but it’s time to create new legends, new motivations. So that people on the streets also want to be like us because we are also an example of what life can be. God Bless …”

Watch his discurso de agradecimiento and test your Spanish comprehension:

Another controversial moment came came when the Album del Añowent to ¡México por siempre! by the classic crooner Luis Miguel, who released his first record back in 1982. The album also won in the ranchero/mariachi genre. The audience took to booing after they learned he wasn’t at the event to accept the award. ¡Qué polémica! 🙂

Turns out Uruguay’s Jorge Drexler is not just a singer and song-writer, he’s also an actor and doctor – yes medico. And he’s an Oscar winner. Having won the 2005 Oscar for Best Original Song for al otro lado del río from the Motorcycle Diaries soundtrack, he wasn’t allowed to play it himself at the ceremony because he wasn’t well known enough and the Academy thought they would lose ratings. So his song was performed by Carlos Santana and Antonio Banderas. But last Thursday he performed his own Grammy-winning song Telefonía.

Malamente which means “badly” in English, is a unique song from the 25-year-old urban flamenco singer Rosalía. She was born in the Catalonia region of Spain (think Barcelona) and has been labeled as the new voice of flamenco. Last year she was nominated for the Latin Grammy for Best New Artist.  Malamente features a fusion of flamenco with pop, reggaeton and R&B. The song took home two premios, one for Best Alternative Song and the other for Best Urban Performance, and was nominated for both Record and Song of the Year. The song, and in fact the entire album (El Mal Querer), is inspired by a 13th century Occitan novel called “Flamenca” in which a man falls in love with a woman and because of jealousy, locks her up in a tower.

Vibras (meaning vibes in English) is the 5th studio album by Colombian reggaeton singer J Balvin. The lead single off the album, mi gente, meaning “my people” is considered a multicultural anthem meant to signify bringing people together through music and entertainment, regardless of color, culture or creed. Itwas an international hit, with a remix version featuring Beyoncé released last September to raise money for those affected by the storms in Puerto Rico and elsewhere. It’s the 72nd-most streamed song on Spotify and was also up for Song of the Year.

This Medellín native has had several chart-topping songs over his career including “Felices los 4“, “Borro Cassette“, “El Perdedor” and “Corazón“. His 3rd studio album F.A.M,E., which stands for Fe, Alma, Música, Esencia (Faith, Soul, Music, Essence) garnered him his 1st Latin Grammy. It’s also his first bilingual album, with songs in both Spanish and English.

The lead single, Felices los 4 is based on a Colombian expression ‘amor de lejos, felices los 4′ which in English means “long distance relationship, happy the 4 (of us)“. It eludes to a relationship in which two partners are not faithful and have each taken lovers, making them 4 perhaps unfaithful, but happy people.

Another award, another Colombian 🙂 Also hailing from Medellín, female reggaeton singer Karol G last year released her first studio album called Unstoppable (the title is in English, but the songs are in Spanish). She’s released several singles with collaborations from many well known reggaeton artists including Bad Bunny, J Blavin, Luis Fonsi of Despacito fame, Ozuna and  Maluma to name a few.

Her most popular songs “Ahora Me Llama“, “Mi Cama” and “Culpables” reached the top 10 on the Billboard Hot Latin Songs. Her debut album peaked at #2 on the Latin Billboards, #192 on the US Billboard 200.

This is clearly not an exhaustive list of all of Thursday night’s winners, but provides a taste of some of the current Spanish songs being celebrated.

If you’re looking for more options, check out our  Spanish Music Page where we’ve provided lyrics and translations for some of our favorite Spanish songs to help you practice, including:

No matter what genre of music gets you going, we hope you’re able to find songs you enjoy, and that even inspire you to test your singing chops in Spanish …

What You Missed at the 2018 Latin Grammys2018-11-212018-11-25https://www.happyhourspanish.com/wp-content/uploads/2012/10/happyhour1-e1350530184509.pngHappy Hour Spanishhttps://www.happyhourspanish.com/wp-content/uploads/2018/11/2018-latin-grammys.jpeg200px200px
About
Happy Hour Spanish
Hayley & Maider are co-founders of Happy Hour Spanish, an online Spanish Program utilizing original video content and local meetups for a true Spanish immersion experience. Together they speak English, Spanish, French, and Italian and have a passion for teaching and learning languages. 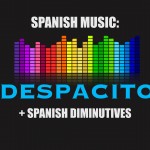 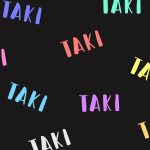 What Does Taki Taki Mean in Spanish? Nothing. It’s not Spanish.Spanish Music