450 million people around the world speak Spanish?  The majority of Spanish speakers are located across 25 different countries, with the largest numbers found in the Americas and Spain.  One of the great things about learning a second language is getting to know people you otherwise may have never met.  Speaking their native language gives you a window into another persons culture and a starting off point for getting to know each other better. That’s 450 million more people you can get to know just by learning Spanish! !

Check out the table below to see the figures by country.

1. Spanish is actually the second most commonly spoken language in the world, behind Chinese and ahead of English

2. The proportion of Spanish Speakers is expected to increase over the next decades while Chinese and English are expected to decrease

3. In 3 or 4 generations time 10% of the world will understand Spanish

4. By 2050 the U.S. is expected to be the largest Spanish speaking country in the world

So don’t waste anymore time!  Start working on your Spanish today and getting know a few of the 450 million speakers around the world! 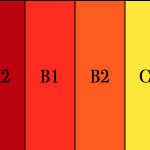 Do you Know your European Spanish Level?About the Spanish Language 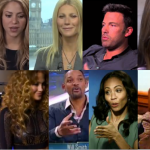 Guess Who Else Speaks Spanish? 10 Spanish-Speaking CelebritiesAbout the Spanish Language