Direct object pronouns are tiny words with big significance.  They substitute for nouns in phrases where the noun is already known. In English they would be represented by words like it, him or her.

Be sure to watch the video above to learn how we use them in Spanish.  Then follow along with the translations in English below.

When we are talking about things in Spanish we use either lo, la, los or las, depending on whether the noun is masculine or feminine, and singular or plural:

In some cases we might need to refer to people when using direct object pronouns. In this case, we can also use lo, las, los or las, as well as me, te, nos, or os

And, you may have heard some of these direct object pronouns before and just not realized it.  Some common uses include: 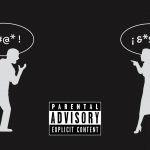 10 Ways to Tell Someone Off in SpanishPractical Spanish, Spanish Lessons, Spanish Vocabulary