Basic Spanish You Should Learn Before Traveling Anywhere

Are you thinking about traveling to a Spanish speaking country to learn the language? Or going for vacation and planning to speak with the locals?

We have one piece of advice for you:

Don’t wait until you get there to start learning.
Learn the basics, and learn them well, so you can use it when you get there.

You may be saying …

“But it’s immersion, I’ll just learn it when I’m there”

Is living in a country the best way to learn a language?  It can be. We’ve mentioned before some of the advantages to being in the country like:

But don’t underestimate what you can and should learn on your own before you get on that plane – or overestimate how much easier it will be when you get there.  We don’t recommend showing up as a true beginner if you can help it. Here are a few reasons why learning basic Spanish prior is essential:

Immersion is not necessarily the place to do the learning – it’s the place to practice what you’ve already learned. If you haven’t yet learned the basics, most of that great practice will be lost on you. You don’t need immersion to learn the basic Spanish, so master that on your own first. That way you’ll have something a basic framework to work with when you are bombarded with the slang, fast talking, big words, and colloquial expressions when you arrive.

2. You’ll still need to study – immersion is not a magic pill

It is tempting to put off studying until you get there, since it will be “easier“. Not necessarily. Don’t believe it all happens by osmosis, and that learning there will be completely different from learning anywhere else.  You will still need to study, and practice on your own.

Be aware that it is entirely possible to move to another country and not learn the language – it happens all the time. Even after people live in a country for years.  Learning a language anywhere still requires work. Immersion doesn’t do the work for you!

3. If you want to meet locals, you need to be able to communicate

Many people are patient with foreigners struggling with the language, but there’s a limit for anyone. And there’s only so much connection you can make with another person if you can’t really communicate. To be honest, sometimes meeting locals can be hard even when you have a high level of the language.  Speaking very slowly and with lots of pauses can be difficult for both sides. And if they don’t speak English, you may either give up trying to communicate, remain silent (and boring) in group settings, or  just hangout with other expats who speak English.  And if they do speak English then point #4 will be an issue …

4. If you can’t speak Spanish well enough, everyone will be tempted to switch to English

When relationships are on the line, it’s more important to communicate then to let someone practice their Spanish. And if your level is so low you can’t express yourself conversationally, you or your speaking partner will likely switch to English if the option is there. This can even happen at intermediate levels. But if you have a slightly higher level and have mastered at least basic Spanish, you have a much better chance 0f finding a way to keep the communication going in Spanish.

So what basic Spanish should you learn before you travel?

Now that we’ve told you what not to do, let’s look at what you should do before you start packing your bags for flight to a Spanish-speaking country.

You can also reference our cheater’s guide to beginner Spanish which details many of these points below.

We recommend as a minimum learn the basic Spanish lessons below:

Don’t just learn familiar sets of words like animals and furniture.  There are many words in Spanish that don’t fit into the classic basic vocab lessons but are more important and more frequently used (e.g. ‘there are’, ‘almost’, ‘maybe’, ‘sometimes’ etc…). See our list of the 250 most commonly used Spanish words to get started.

Understanding how verb conjugation works in Spanish is essential. It’s also not something you will figure out just by listening to the language.  It requires explanation. Don’t wait to learn this lesson.  You can watch our free lesson on AR verb conjugation here.

3. Top 5 verbs fully conjugated in the present, past and future

One of the most efficient ways to get conversationally proficient is to master the 5 most common verbs conjugated in the 3 most common Spanish tenses. When you can speak in the present, past, and future using basic verbs like ‘to have’, ‘to go’, ‘to want’, and ‘to be’ you have a lot you can use to communicate.

4. A little slang and colloquial expressions

Having a few fun phrases in your back pocket can be helpful not only to communicate, but to show some personality and make the locals smile.  Even if you’re having trouble communicating, throwing out a well-rehearsed line offers a pleasant surprise and can go a long way.  Here are a few of our favorites you can use:

pillarse un pedo => literal: to pinch a fart => to get drunk
For example: estoy pillandome un pedo => I am getting drunk / smashed / pissed (british English)

te invito => literal: I invite you => my treat
For example: No preocupes, te invito => Don’t worry, my treat

5. Practice speaking with another human

We recommend practicing speaking at least a few times with a real human being (though not necessarily a native speaker).

There’s more to learning a language than just grammar and vocab.  Speaking is a unique skill in and of itself.  Putting together all that you’ve learned in an actual conversation can be disorienting and uncomfortable. The more you practice, the less uncomfortable it gets. And if you master the basic Spanish lessons we’ve referenced here, when you are in an actual conversation the basics will be second nature and you’ll have less to think about.

If you don’t currently have any Spanish-speaking friends, you can find a local meetup in your area or find a conversation exchange.

Time for your pre-trip preparation

If you’re going to another country to learn the language, you are in for a fantastic experience.  Just don’t squander the time you have now, in which you can learn the Spanish basics and thus get the most out of your travels.

Hopefully, we’ve given you a few places to start your learning from your own living room.  Here’s a recap of some of the resources we’ve recommended to help you get started. 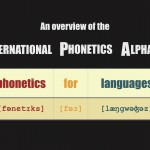 The IPA Chart for language learnersHow to Learn a Second Language, Spanish Pronunciation 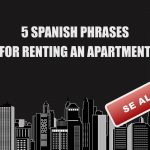