One of the great things about Spanish is that every written letter is fully pronounced, i.e. there are very few silent letters.

Conversely, for example, we have a lot of silent ‘e’s in English at the end of words, like in the word like!

This makes spelling in Spanish a bit easier than some other languages.  However, there are still some challenges to consider, especially for English speakers.

One of the bigger challenges for us anglophones is to stop using double consonants!

I can’t tell you how many times I have written YO NECESSITO.

Necesito has just one ‘s’.

Finally, I heard about a fantastic trick to help anglophones spell in Spanish and stop using double letters where they are unnecessary.

First, consider that in general, Spanish doesn’t use double consonants.

However there are a few exceptions. Luckily, only 4:

And the trick is just to remember the exceptions. To do that, all you need to remember is CAROLINE.

So next time you’re writing an email, think of your friend Caroline and make sure you’re spelling everything correctly in Spanish.

Can you think of more words with double consonants in Spanish? Share with us in the comments below!

For more tips for anglophones, check out our blog post common mistakes made by English speakers! 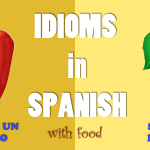 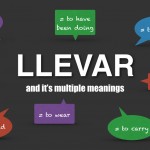