Download Podcast (mp3)
Practice your Spanish while learning about Spain’s most famous and popular dishes!

Use the transcripts and translations to improve your Spanish.

1. Listen once to the podcast with no assistance.

3. Listen again to the podcast with no assistance.  See if your word recognition and understanding improved from the first listen.

The gastronomy of Spain is one of its biggest tourist attractions. It is characterized by the large variety of products, also of high quality, that gives as a result the name “mediterannean diet”.

It is difficult to speak properly of a Spanish cuisine, as each region has its own type of food, although there are some characteristics that have in common all of them: like the abundant use of olive oil, garlic, or onion as condiments (seasonings), or the good wine and bread for accompanying the meals.

That which is clear is that there are some plates, typically spanish that you can not leave from trying (miss) if you visit Spain: like the “Gazpacho”, the “Paella” or the tortilla of potatoes.The “Gazpacho”, has it origins in the interior of Andalucía and therefore often is spoken of as “gazpacho Andaluz”

It is a type of cold soup, prepared from ingredients like bread, olive oil, vinegar and raw vegetables that are generally tomatoes, cucumbers, peppers, onions, and garlic.  Although there are diverse variations of the recipe, depending from the zone of Spain in which it is prepared and of course, a little to the liking of the consumer.

The preparation is very simple, La preparación es muy sencilla, it is essential to grind the food in the necessary amounts and after leave it to cool, because normally it is served cold.

In today’s day, the gazpacho pre-cooked has made popular between the consumers and is a food available in the majority of the spanish supermarkets.

The “Paella” is possibly on of the place of the Spanish cuisine most known internationally. Its own history, is linked to the employment of rice – it’s base ingredient – in the mediterranean area.  It is originally from Valencia, although in the present it has been made so popular that the result is it is strange to not find it on the menu of whatever restaurant.

This same popularity has made that the “paella” has numerous variations; and so although the original recipe of the “paella” Valencian added the rice, chicken, duck, rabbit and snails, now it is frequently talked of sea food paella that is prepared with a combination of fish and/or shellfish and of mixed paella, which mixes meat and sea food.

The “tortilla” of potatoes has an origin quite, but without doubt is one of the most traditional preparations of Spanish cuisine and one can find it practically in any bar or restaurant.

Very important for its preparation is the oil, the eggs and the quality of the potato. Although there are many varieties of the tortilla,  the most popular is that with added onion, but also many others that add different ingredients to compliment it: pepper, ham, chorizo …

In Spain it is very frequent to find “pinchos” of tortilla in the bars and in the cafeterias. And it’s not rare that the spanish eat them including for accompanying their mid-morning cafe.

The recipe is quite easy, as that if you still haven’t tried it, you can try to cook it yourselves at home and much better, to come to Spain and try it here.

Anyway…You will like it for sure. Take advantage (enjoy)!

That is all, thanks for accompanying us and until the next (time) 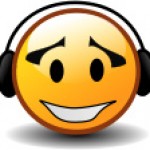 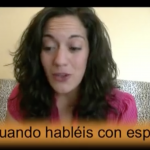