There are many grammar concepts in Spanish that can get confusing.  Using direct and indirect objects in the same sentence is one of these.

Direct objects talk about a specific noun, while indirect objects refer to a person who is affected by the action we are talking about.

So if I say ‘I give the book to Lara‘ I could rewrite this sentence as ‘I give it to her‘, assuming you know what ‘it‘ and ‘her‘ are.  In this case, ‘it‘ is the direct object and ‘her‘ is the indirect object.

In Spanish we would rewrite this as:
Yo se lo doy

Why lo?
Because the book is the direct object and it is masculine = lo

Why se and not le?
Because when you use either le or les with a direct object pronoun of lo or la, you must change le or les to se

Watch the video to learn how we can use direct and indirect objects in the same sentance in Spanish.

The above video is a clip from lesson 23 of our online Spanish course.  You can watch the entire video and listen to the related travel video and podcast by signing up for the course.

Also, see our post on word order rules to help remind you what order we put direct and indirect objects as well as other parts of the sentence. 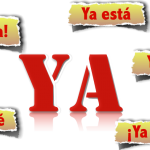 What the heck does “ya” really mean in Spanish? 10 different usesSpanish Lessons, Spanish Vocabulary 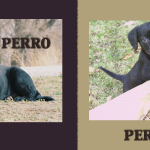 How to use those little diminutives in Spanish: 50+ examplesPractical Spanish, Spanish Lessons