Which are the Common Spanish Stereotypes?

In our latest video, Maider, a Spaniard herself, talks about some of the typical Spanish stereotypes and whether or not they are true!

Watch the video in Spanish.  Then use the Spanish to English translations to check your understanding of everything that was said.

Today we are going to talk or we are going to reflect a little about the stereotypes that exists about the Spanish.  It is true that normally we have some previous ideas in our head about how are the people that live in a determined (particular) place.
…

Thus there exist some stereotypes about the Spanish, some true, others based in reality and others that are very far from what is the Spanish reality.
…

For example one of the stereotypes that is associated with the Spanish is that WE EAT AND WE EAT DINNER VERY LATE.

This is true … Normally we eat around two in the afternoon, two-thirty, three, depending a little which are the hours of work … And normally dinner can be starting from eight, eight-thirty, nine or including ten.

Another of the stereotypes is that the Spanish WE ARE LAZY, or that we don’t like to work very much.

Well, this is false … Really the working hours in Spain, or a “standard” working hours are forty hours weekly, that would be eight hours daily working (work days) five days per week and this is the hours that workers comply (with)… depending on if they have a complete time (full time), or also (it) is possible to have  a job half-time (part-time), which means to work some 20 hours weekly.
… ………………………………..

The work day, depending a little on the type of work … normally begins about eight in the morning and can be a split day, this is that one has like an hour or two hours for eating and after in the afternoon they do the rest of the hours.  Or could be a continuous workday, that normally begins well surrounding (around) eight or a little before, in the morning and is continued until first hour of the afternoon (early afternoon) and normally one has like half-hour pause for taking (having) a coffee or to making (having) a small short break.

Well, this is true.  And it is true that more than the national parties (holidays), the parties that are celebrated in all of Spain, exist regional parties, not only the big city but also the smaller regions.  Normally every place has its own regional party.
…  ……………………………

But it is certain (sure) that in addition of these parties we look for various excuses to have things to celebrate.  So that for example, if a new companion (colleague) arrives at work this is a good excuse to say that “we have to  do something”, we have to do (have) a celebration.  Or if a companion is going to change work, this could be another good excuse to have something to celebrate.  Of course birthdays, anniversaries, christmas, weddings, baptisms, … yes … but it is sure that the Spanish we are very social and look very much (sought after) this meeting with people, about everything with good reason as it could be to celebrate something, as small as it is. 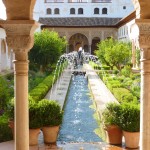 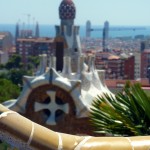