There is one very important thing to know about Spanish vowels (or vocales in Spanish) that will help you immensely:

In Spanish there are only 5 vowel sounds

Which means there are no long or short vowels, just one sound for each vowel. This is a great thing to know for language learners and should make pronunciation easier.  However, it can be hard to break habits from English. Here we will show you the 5 vowel sounds and also what to watch out for as an English speaker.

First, listen to the pronunciation of how each of the 5 vowels sound in Spanish:

The Spanish Vowels (a,e,i,o,u)
Update Required To play the media you will need to either update your browser to a recent version or update your Flash plugin.

Now let’s listen to these sounds in context.  Spanish vowel sounds have similar English equivalents, but generally use different spellings. Listen to the examples below to hear the Spanish pronunciation and then compare them with English examples of words with similar sounds.

As nice as it is that there are only 5 major vowel sounds in Spanish, English speakers often have issues confusing vowel sounds with the many possibilities that exist in English.

Here are some common things to watch out for:

One key to Spanish pronunciation is that, unlike in English, Spanish does not use silent vowels (minus the exception noted below).  Thus any ‘e’ at the end of a word is always pronounced in Spanish.

Read the following list of words in your head. They are both English and Spanish words, spelled the same (but not necessarily with the same meaning).  The English versions have a silent e.  The Spanish do not. Now that you know each letter must be pronounced in Spanish, look at the words and guess how they are pronounced. Then listen to the audio to confirm.

The Spanish I Sound
Update Required To play the media you will need to either update your browser to a recent version or update your Flash plugin.

*To be thorough, we will mention there are 4 specific letter combinations in Spanish when a vowel is silent involving Qs and Gs:
que / qui as in queso or quince
gue / gui as in guerra or guitarra

This is the hardest sound for English speakers to get used to. Neither the English long i (as in ice), nor the English short i (as in spit) exist in Spanish.  Instead, the Spanish i sounds like the English long e (as in bee). You will have to train your brain to think ‘ee‘ when you see i.

Again, try to read the following words in your head that contain a Spanish i.  They are words that are written similarly in English, but the i is not pronounced the same. See if you can pronounced the i correctly, then check your pronunciation against the audio.

The Spanish E Sound
Update Required To play the media you will need to either update your browser to a recent version or update your Flash plugin.

The Spanish u is very similar to the long u sound in English (as in flute) or the short o sound (as in hoop).  However English often adds a ‘y‘ in front of the long u sound, especially when the u is the first letter.  Think of the English word ‘union’. Now think about that pronunciation.  You probably pronounced it like ‘you-nyun’. In Spanish, the same word is pronounced ‘oo-nyun’.

Similarly, E-U combination in spanish also is often mispronounced by English speakers by putting a ‘y’ sound in front of the vowel. For example, words  like ‘euro’ or ‘europa’, which also written with an e-u combination in English, are not pronounced ‘your-o’ or ‘your-o-pa’.  There is a distinct and separate ‘e’ sound in front of these words in Spanish.  So euro is pronounced ‘ay-or-o’.

Listen to the Spanish pronunciation of the following Spanish words with these common mispronunciations by English speakers.  Note where things can go wrong.

The Spanish U Sound
Update Required To play the media you will need to either update your browser to a recent version or update your Flash plugin.

Now it’s time to have some fun with Spanish vowels

Now that you’ve mastered the vowel sounds, you can take a moment to enjoy the kids video on Spanish vowel sounds below 🙂 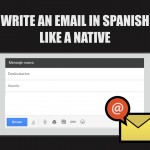 Write an email in Spanish like a NativeSpanish Lessons, Spanish Vocabulary 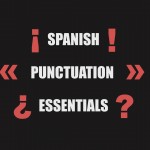