When learning a second language, grammar and vocabulary are important, but so is speaking.  Speaking is the culmination of putting together everything you’ve learned in a real situation.

As you learn Spanish, you should look for opportunities to speak Spanish with other people. But it’s worth noting that these other people don’t have to be native Spanish speakers.  At some point in your learning, speaking with native speakers can be illuminating, but there are many reasons why practicing with other non-native speakers can be just as advantageous on your mission to speak Spanish.

Below we highlight several advantages to speaking with non-native speakers.  Keep these in mind the next time you have the opportunity to speak with anyone in your new language, so you don’t miss a great opportunity to improve your Spanish speaking skills!

1. To build your speaking muscle, it doesn’t matter who you speak to, as long as you SPEAK

Speaking is the side of the conversation that you are 100% responsible for.  The act of speaking helps build the connection between your brain and your mouth in your new language. Thus whether you speak with a native speaker, a non-native speaker, or a wall for that matter, you will have the same type of speaking practice (yes, listening would be a different story).

When you speak, your brain is working on your ability to recall words and form sentences, and this is the muscle you are building which will in turn improve your fluency. As you increase repetition, you will notice that you don’t have to think about each individual word as you speak. You may start out by thinking:

but after saying it over and over, you instead begin to think in sections or chunks of words and retrieve them faster:

yo puedo hablar (I can speak).

Fluency is about increasing the speed of those connections, and the way to do that is by continually practicing saying them out loud, in any context, over and over.

2. Speaking is for practicing what you already know, not learning something new

You build fluency by speaking words you already know, over and over again.  Until you have a high level of fluency, you won’t be in a good position learn new things from native speakers while speaking. So it’s not important that you speak with someone who has more knowledge of the language than you do.

3. Conversation is best when it’s equal

Unless you have a very high Spanish level, long, authentic, and comfortable conversations with native speakers can be difficult. This is not the case with other students of your same level.

You may find a native speaker patient enough to bear with you through your Spanish, but there can still be barriers to authentic, connected, communication.  This will become uncomfortably apparent the first time you catch yourself talking to a native speaker and nodding your head in the affirmative while saying to yourself, “I have no idea whats she just said”.  Real connection is more difficult when one person has a limited ability of expression compared to the other.

4. You speak less when you don’t understand everything

Speaking in a foreign language is intimidating and uncomfortable, so the easier the environment is for you to speak in, the more you will speak, and thus the more progress you will make.

If you’re level B1 or below, you will likely have a more difficult time following conversations with native Spanish speakers. Even if they use many words you know, the pace is so fast that you will miss some words, or references, and may struggle to keep up.

When this happens, you become more and more mute, because you’re not following the conversation at a natural speed.  This leads to you being much less likely to venture an opinion or interject, for fear you have entirely misunderstood what has been said, and you know you can’t speak as fast as everyone else is speaking.

This is much less of an issue in a group of non-native speakers.  First, you are far more likely to understand the majority of the conversation, because students will use a less advanced vocabulary.  Second, you will feel more comfortable adding your viewpoint to the conversation, because you understand better or it is less intimidating, which means you will SPEAK more. And the more you speak, the more connections you will make and the faster you will improve your Spanish.

5. Speaking is about confidence, not perfection

Speaking is a learned skill and to get good at it requires confidence, not perfection, because you will make mistakes – lots of them.

Another related trap people fall into is believing that they need to speak Spanish with natives in order to have them correct them. But there are several issues with this.

First, in the majority of conversations with natives, they will not correct you, because frankly that can be considered rude.  You may even give them the okay to correct you, but it can still be uncomfortable for people to do so.

Second, constant correction interrupts the flow of real conversation. Even when you do ask someone to correct you, and even if they are happy to do it, it always stops the conversation and derails the train of thought.  And eventually it can become tedious.

While native speakers can help you with a few things here and there, the best way to correct your errors is through focused study, where you can catch mistakes while paying closer attention to details, not while you are trying to meet someone new or connect with someone.

Don’t forget one of the best ways to learn something well is to teach it. And speaking with people who don’t speak quite as well as you gives you that opportunity.  It’s easier for you to empathize with the level they are at, you can help them find a word they are searching for, or even notice the mistakes they make. And this in turn actually helps you solidify your learning. Not to mention helps you appreciate how far you’ve come.

So take advantage of any chance to speak Spanish …

All this is to say, don’t miss an opportunity to speak Spanish just because it’s not with a native Spanish speaker.

In that vain, we hope you will find a place to speak Spanish with other Spanish students. If you’re looking for a place, check out our Happy Hour Spanish meetups or see if there are any other meetups or groups in your area.  Can’t find one? Maybe you want to start your own or become a local Happy Hour Spanish ambassador! You can sign up with us here.

Just remember that speaking is an important part of learning a language and you just have to jump in and do it, with native speakers or not!

Did you enjoy this article? Want more? 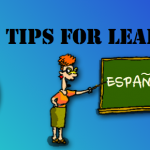 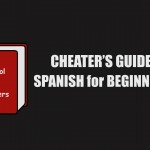