6 Ways to Stop Repeating Yourself in Spanish

Once you get the hang of some basic Spanish phrases, you might realize that you start saying them a lot. It’s really great to be comfortable, but if you’re too comfortable, they might get overused.

This happens a lot with Spanish words that have been adopted into English, like “adiós,” or phrases that are a direct translation from English, like “pienso que…”. Many native English speakers tend to use these words a lot because they’re most familiar and comfortable with them, which is great to start out with, but as you advance, adding variety to your Spanish is a great way to take it to the next level.
Plus, some words and phrases that native English speakers assume are common in Spanish, because they’re translations of common English phrases or have been adopted into English, aren’t actually as common as they think.

So, to help you get started with varying up your vocabulary, we’ve looked at six common phrases that English speakers tend to use often and come up with some alternatives for you to try to change it up.

Although this literally translates as “What are you doing?” and can be used as such, it can also be used informally to ask a friend what they are up to or even just how they are.

Similar to “¿Qué haces?”, “¿Qué pasa?” is a greeting to ask someone what is going on with them. A common response is “nada,” but some people might open up and tell you what is bothering them or what is going on in their lives.

This is often paired directly with “Hola,” as in “Hola, ¿Cómo va?” as a greeting as well as a question and can be used with friends or even among acquaintances that you’re less familiar with.

To ask your closest amigos what is going on, this is a go-to phrase for many Spanish speakers. It’s informal and can be used to address someone directly or to ask what is going on in a given situation. The “onda” is literally the vibe or the feeling of something.

The equivalent in breadth of usage and formality to the English “bye,” “chao” is many Spanish-speakers’ parting-phrase-of-choice. It can be paired with any of the following farewells as well.

Literally “until later,” this is a perfect way to say goodbye to just about anyone. You often hear it as people leave stores or as friends part – it works best in habitual situations where you will see the people that you are speaking with again in the near future.

Although similar to other ways of saying goodbye, “nos vemos” (or “nos vemos pronto”) is slightly more intimate. You might not say it to a stranger, but it’s perfect among friends, family and close acquaintances.

Literally “until soon,” this is a good parting phrase to say to someone that you might not be seeing again for a while, as a way to express your hope or expectation that you will see each other again. It can come off as spiritual, nostalgic or just sweet, depending on the context.

This is a great way to say you’re welcome to someone that you might use “usted” with, although in some regions it is also just generally a common response that doesn’t necessarily imply formality.

As with the English phrase, “my pleasure,” “es un placer” denotates that you’re happy to help out, but proceed with caution because with the wrong tone, it can sound ingenuine.

Similar to “es un placer,” this phrase is a pleasant way of saying “you’re welcome,” but can also come off sarcastic if overused. You might also hear it in the context of flirting.

Como no = No problem

This has some similarities with the English phrase “no problem,” although it is perhaps slightly more formal. Here it is also worth noting that Spanish speakers do not say “no problemo” as is common in English, nor do they say “no problema” (problema is the correct word for problem in Spanish).

No pasa nada = It’s nothing, no big deal

Similar in meaning to “como no,” but more informal, “no pasa nada” is many peoples’ favorite way to say “you’re welcome” in such a way that expresses that the action that they did was “no big deal.”

Creo que… = I think/believe that…

Many native English speakers assume that because “pensar” translates to think, the most common way to say “I think…” is using “pienso.” Although it is a way of saying so, “pensar” more often refers to the more literally way of thinking, as in what is going through one’s head at the moment, or to refer to plans. A more common way of saying “I think that” to express opinion is by saying “creo que…”

Me parece que… = It seems to me that…

If you’re expressing your thoughts repeatedly, another way to change it up is to use “me parece que…” It can be used formally or informally and is a great way to soften an opinion to make it seem less personal; however, beware because used too forcefully, it can come off as antagonizing.

More than either of the other alternatives, “para mí” is most strongly associated with opinion, and works well to offer your view on something (such as in response to someone else’s).

Although “feo/a” literally means ugly, it is often used to mean that things are bad or poorly done. It’s often used to describe the way something smells or feels. It can also be used to say that food has gone off or is bad.

In terms of taste or smell, another description is “asqueroso/a,” which goes beyond saying that something is simply “feo/a,” it’s much, much worse. You might also use it to describe someone that is a terrible person.

If someone is being “bad” in how they are actions or behaviors in such a way that is rude or bad-mannered, “maleducado/a” is the way to describe them. To clarify, “educación” in Spanish can refer to one’s upbringing and manners, as well as their education.

As in English, “horrible” is a question of degree. You can use it in just about any context that you would use the English word, just be sure to get your Spanish pronunciation on when you say it.

No tiene corazón = He/she/it doesn’t have a heart

Another common way of saying that someone is evil in Spanish is to say that they don’t have a heart. It’s a lot more descriptive than “malo/a” and is a great use of some more vocab!

As dynamic as the English word, “great,” “genial” can be used in many of the same contexts to describe something positive. It works as an adjective and a adverb in Spanish, as well as an interjection.

To describe someone that treats you well or is very friendly, “amable” is the way to go. It gives the idea of someone who is a good person.
You can also use ¡qué amable! , which means something like “how nice”.

When talking about food, try saying that something is “rico/a” to describe its flavor if you liked it. In Spain “rico/a” can also be used to say that someone is charming or angelic, especially when applied to children.

Very similar to the English expression, “the bomb,” you’ll hear Spaniards describe people as being “la bomba” when they’re fun or exciting.

To talk about someone that is cool or fun in Colombia, Peru, Venezuela and a few other places, you might say that they are “chevere.” It can also be used to describe objects or situations.

Now that you’ve heard a few alternatives, write us a comment in Spanish without using any of the traditional phrases!

6 Ways to Stop Repeating Yourself in Spanish2019-09-012020-09-22https://www.happyhourspanish.com/wp-content/uploads/2012/10/happyhour1-e1350530184509.pngHappy Hour Spanishhttps://www.happyhourspanish.com/wp-content/uploads/2019/08/6-stop-repeating-yourself.jpeg200px200px
About
Happy Hour Spanish
Hayley & Maider are co-founders of Happy Hour Spanish, an online Spanish Program utilizing original video content and local meetups for a true Spanish immersion experience. Together they speak English, Spanish, French, and Italian and have a passion for teaching and learning languages. 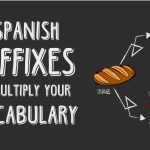 6 Suffixes in Spanish to Multiply Your VocabularySpanish Lessons, Spanish Vocabulary 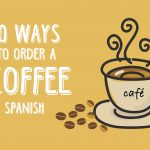 10 Ways to Order a Coffee in SpanishSpanish Vocabulary