10 Ways to Tell Someone Off in Spanish

We hope you don’t ever have to use these, but when you get pissed off, it can really be helpful to yell at someone in their own language and not let on that you’re a foreigner. We don’t like to use this kind of language but do so here for educational purposes only.  Parental discretion advised …

Telling Someone Off in Spanish

Situation: You find yourself walking the street in a Spanish city and you get unwanted attention by someone coming up next to you and bothering you. Forcefully tell them ‘déjame’ and they should be leaving you alone.

Origin:  The verb dejar means to quit or to leave. Dejame uses the verb in the imperative form, making it a command ‘leave me’.

Additional Alternatives:
de éjame in paz = leave me in peace

Situation: You are in a political argument with someone who is annoying you. Maybe suddenly they say something completely inappropriate or something you find offensive. So you might say ‘cállate‘ or ‘bueno, tú cállate‘ (well, you shut up)

Origin: The verb callarse means to keep oneself quiet. When used in the imperative (as in callate) it’s like telling someone to shut up.

Additional alternatives: These are a little lighter than cállate, a little more polite or humoristic:

Situation: Someone comes into your space (your house, your place of work, your table at a restaurant) and says something inappropriate. In this case, you demand that they leave by yelling vete.

Origin: Vete comes from the imperative of irse. Irse is often used just to tell someone you’re leaving as in:
me voy, es tiempo a dormir = I’m going, it’s time to go to sleep.
But, when you add the imperative, it becomes more aggressive.

Vete ya – You can also add ya to add a time element of right now!

Márchate – Marchar in Spanish means to march, however marcharse like irse means to leave. It’s common to hear me marcho in Spanish when someone is leaving a party or get together (similar to me voy). The imperative tú form (marcha) makes it a command, like vete, which means you are telling someone else to leave.

Que te vayas – One more level up from vete and vete ya is que te vayas. Imagine you tell someone ‘vete‘ and they don’t leave. You might then yell ‘que te vayas‘ which is more forceful and means literally ‘that you leave’, as in ‘I already told you once to leave’. Te vayas comes from the present tense subjunctive of irse.

Que te marches – As marchate is very similar to vete, it follows that que te marches is similar to que te vayas. They both mean to leave, suggesting you’ve already been told once, and they have similar levels of aggression

Pírate – Pirarse is used to signify you’re leaving from somewhere, not typically in an aggressive manner. In English we might say, to get going or to take off. When you use in the imperative, as in pírate, it’s a more forceful, telling someone to leave.

Puerta – Puerta in Spanish just means door. But it’s also a colorful way to tell someone to head for the door, as in there’s the door.

Vete a la mierda – Use this one sparingly as it’s very aggressive. Vete a la mierda means you’re telling someone where to go … to hell. The literal translation is ‘go to the shit’, but a better English translation would be ‘to go to hell’ or ‘f&*k off’ in Spanish.

Situation: In a very excited conversation, someone might accuse you of saying things you shouldn’t say. If you disagree and think you should be able to express yourself in whatever way you want you can say, digo lo que me sale del coño or de las pelotas, but see below to find out which one you should be using 😉

Origin: In English we might translate this expression to mean ‘you say whatever comes out your ass’.  But this expression means literally, ‘I say what comes out of my (insert private part)’. Pelotas are testicles, and coño is vagina. Turns out, when using this expression you want to make sure that it matches your gender, so generally if you’re a male, use pelotas, if you’re a female use coño.

Hace lo que me sale del coño / de las pelotas = You can also substitute hace for digo, to mean I do whatever comes out my* ass (whatever the hell I want).

*One final note: In Spanish, when you talk about body part of someone, don’t use possessive pronouns like my or your. For example, my heart = el corazón (the heart).  Similarly, in this expression, we use del coño and las pelotas, and not mi coño or mis pelotas.

Situation: Imagine a child doing something they shouldn’t be, and you advise them several times to stop doing it. In the end, you might say if you don’t stop it, ¡te voy a dar! (you’re gonna get it!)

Origin: This is a perfect example of several Spanish grammar rules in use. Rember:
ir + a + infinitive
ir is always followed by a prepositional a, and verbs following conjugated verbs must be in the infinitive, so we get voy a dar = I am going to give.  When you are talking about doing something to someone, you use the indirect object pronoun (in this case te) in front of the verb ir, so you get … te voy a dar = literally: I am going to give (it) to you. The ‘it’ is implied.

Te la vas a ganar – Ganar means to win or to earn. lit: You’re going to earn it!

Te la estás buscando – Buscar means to look for / to search. This phrase means something like ‘You are looking for it’ or could be translated as ‘you’re looking for trouble’.

Te voy a romper la cara – Romper means to break. The literal translation would be ‘I’m going to break your face’. (Note again we say la cara and not tu cara)

Te voy a dar dos ostias  - Ostias in this case mean hits, as in beatings or whacks. But ostia is a common slang word and has many meanings including, originally, the unleavened bread from communion. Ostia can also mean extraordinary, really great or also really bad. For example:
¡Es la Ostia! (It’s the bomb or it’s the worst, depending on context).

Situation: Someone says something that seems incredible and, at the same time a little offensive. It can be a positive surprise, but normally negative. The closest English translation might be ‘what the f*&k?’

Origin: We already learned above that coño is a reference to female private parts. As you’ll see below, there is an equivalent male version, but unlike above, you don’t need to match your gender. You can use either.

¿Qué cojones = Instead of pelotas, here we use cojones, which means the same thing (male testicles), but is maybe a bit more vulgar.

… dices/haces/ miras/ quieres?
You have a number of ways to end the phrase, to mean WTF are you … doing/saying/ looking at /do you want?

= Who do you think you are?

Situation: Imagine someone saying something that implies they believe they are better or superior to other people. You might challenge them by saying, ¿pero tú de qué vas? This is a more aggressive form of saying como te atreves a hacer eso or ‘how dare you do that’!

Origin: Literally this phrase means, ‘but what are you going as?’ as in what role you are playing (also used for example to ask what you are dressed up as for Halloween). We don’t have anything exactly similar in English, but translations could be, who do you think you are, or where do you get off?

Situation: Imagine someone in a group that is not really welcome, for some reason. You might tell them, aquí sobras, and they would know they’re not welcome.

Origin: sobras is the term for leftovers. It comes from the verb sobrar which means to be leftover or not needed. When you say aquí sobras, it means essentially ‘you shouldn’t be here’, or you’re not needed here’, as in ‘you are leftovers’. A similar expression would be aquí estas de más = here you are over-stated / too much).

Situation: Imagine you’re with someone that is starting to drive you crazy, and you don’t want to be around them any longer because they are irritating you. You can turn to them and say ‘no te soporto‘ which basically means ‘I can’t put up with you any longer!’.

Origin: Soportar is more often used to mean support, but can mean more generally to put up with, bear or endure. To say, no te soporto is to say ‘I can’t put up with you’ or ‘I can’t stand you any longer’.

Origin: Jodan is the plural subjunctive of joder, which means to have sex (or the more crude f-word version).  It’s in the subjunctive because you are hoping that this happens to someone else, and not in a good way. The more literal translation would be something like ‘I hope you get f*$ked’ or that ‘they f*$k you’ – like we said, use with caution!

Que te den por culo – Den comes from the subjunctive of the verb dar which means to give. And por culo means ‘in the butt’. A more English version may be ‘up yours’.

curse words in Spanish
10 Ways to Tell Someone Off in Spanish2018-02-262018-04-26https://www.happyhourspanish.com/wp-content/uploads/2012/10/happyhour1-e1350530184509.pngHappy Hour Spanishhttps://www.happyhourspanish.com/wp-content/uploads/2018/02/tell-someone-off-spanish-curse-words.jpeg200px200px
About
Happy Hour Spanish
Hayley & Maider are co-founders of Happy Hour Spanish, an online Spanish Program utilizing original video content and local meetups for a true Spanish immersion experience. Together they speak English, Spanish, French, and Italian and have a passion for teaching and learning languages. 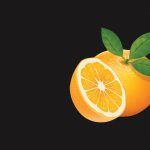 7 Phrases for Being in Love in SpanishSpanish Lessons, Spanish Vocabulary 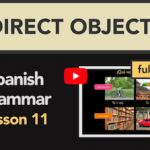