How to use those little diminutives in Spanish: 50+ examples

Diminutives are commonly used in Spanish, and especially in conversations between friends.  Perhaps you’ve already noticed Spanish diminutives in use – because you’ve told people you speak ‘un poquito’ of Spanish instead of “un poco“.

What is a Spanish diminutive?

A diminutive in Spanish is a word with an added suffix that slightly changes the meaning of the word.  Typically, diminutives reference smaller version of something or serve to add an emotional or endearing emphasis.  Sometimes they can convey sarcasm or negativity.  The closest English equivalent might be adding a “y” to the ending of a word, like “doggy” as opposed to “dog”, or just adding “little” in front of a word.

How diminutives are formed

Typically diminutives are formed by adding either ‘ito‘ or ‘ita‘ to the ending of a noun or adjective. An alternative formation is using ‘cito‘ or ‘cita‘

Keep in mind that diminutives also agree with the gender of the noun in question.  The ending of the diminutive needs to match the gender of the object or person about whom you are speaking.  For example, we would call a dog perrito because dog is masculine (el perro) and if we were talking about a female person we would say “pobrecita“, and with a male “pobrecito“.

How to from the diminutive ending?

These general rules will help you form the diminutive, though there are always exceptions.

Spanish words ending in O or A

Eliminate the last vowel (o or a) and add ‘ito/ita’. This is the most common form of diminutives:
casa -> casita
pollo -> pollito
pájaro ->pajarito

Words ending in other consonant (besides n or r)

In some cases we add ‘ecito/ecita’ either following a consonant or replacing the final vowel. This is common also in words with c or z.

Watch out for small changes in spelling when the word contains c, z or g.

If you are constructing the diminutive and the last letter is c, it is often transformed to ‘qu’ to keep the harder ‘c’ sound, as in:
poco -> poquito
cerca -> cerquita
chica -> chiquita

Similarly, if a word is ending in z, it will likely need to be changed to c in order to smooth the pronunciation as in:
lápiz -> lapicito
pez – > pececito
cerveza -> cervcita

When we have words that end in g-a or g-o (as in amigo), instead of just eliminating the a/o and adding ‘ito/ita’ as we normally would, we also add a ‘u’ following the g to smooth the transition. For example:

There are a few other endings that can be used in Spanish as diminutives. These include  ‘illo’, ‘zuelo’, or ‘ico’.  Sometimes the diminutive used varies based on the country. This is especially the case for ‘ico‘ which is much more common in countries like Colombia, Cuba and Costa Rica and particular parts in Spain. For example:

The Big List of Common diminutives in Spanish and their meanings

The list below highlights some examples of commonly used diminutives in Spanish. Note how the diminutive sometimes changes significantly from the original meaning of the word.

Typically when you create a diminutive out of a noun you are emphasizing a smaller or lighter version of it as in the case of pollo (chicken) and pollito (baby chick).

Using a diminutive with a person typically shows affection for them.

When we use a diminutive with time, we are typically being more precise about the time.

Diminutives and adjectives can take on a few meanings.  In regard to characteristics of people, using a diminutives usually makes it more polite, so instead of saying someone is fat (gordo) you can say they’re a little chubby (gordito).

Diminutives are an easily way to add a little bit of color and character to a common word. This is by no means an exhaustive list of diminutives in Spanish.  There are many more used among Spanish speakers. Try using them every now and then, or even try making up your own!

Do you use diminutives in Spanish? Do you have a favorite one to share with us? Let us know with a commentito! (ok, that’s technically not correct)

Practice your Diminutives in Spanish!

Test your knowledge of diminutives in Spanish.  Can you write the correct diminutive form of the following words?

You have already completed the quiz before. Hence you can not start it again.

You have to finish following quiz, to start this quiz:

Get a FREE PDF Download of Spanish Diminutives plus practice exercises!

diminutives
How to use those little diminutives in Spanish: 50+ examples2014-03-112020-09-03https://www.happyhourspanish.com/wp-content/uploads/2012/10/happyhour1-e1350530184509.pnghttps://www.happyhourspanish.com/wp-content/uploads/2014/03/Diminutives-in-Spanish-60x60.png200px200px
About
Happy Hour Spanish
Hayley & Maider are co-founders of Happy Hour Spanish, an online Spanish Program utilizing original video content and local meetups for a true Spanish immersion experience. Together they speak English, Spanish, French, and Italian and have a passion for teaching and learning languages. 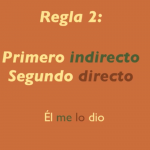 Watch Out for These 10 False Friends in SpanishPractical Spanish, Spanish Lessons