It’s a good time for Spanish TV these days, as there are more and more good quality Spanish TV shows available for your viewing pleasure.  Thank goodness we are no longer doomed to only watching telanovelas or the same ‘Destinos’ episodes we were forced to watch in Spanish class!  And now with all the online streaming availabilty they are just a click away!

We’ve assembled a list of our favorites for Spanish students and tv connoisseurs. Before you start your Spanish binge watching, here are some tips to maximize your Spanish learning:

Tip 1. Use Spanish with Spanish

Tip 2. Google Translate is Your Friend

If possible, keep your google translate open on your laptop. This may not be for everyone, but for those with quick fingers, you can immediately translate words you might otherwise miss. Often it can be done fast enough without needing to pause the show. This, only works if you are using Spanish subtitles, which allows you to quickly recognize you don’t know the word and how to spell it.

Tip 3. Watch it more than once

We don’t always watch shows more than once (unless you’re a game of thrones fan), but if you’re using these shows to practice your Spanish, you will get more out of them if you can make yourself watch them again. You can pick up new things, and once you know the plot, you have more mental space to pay attention to comprehension and detail in the dialog.

Tip 4. Expect to get lost from time to time

You’re not going to understand everything, and perfection is your enemy when learning a language.  Use the experience to stretch yourself as you to try to follow along.  Don’t be afraid to guess or makeup meanings of words and just keep going.  You may end up being wrong, but this is what you’ll have to do in real life anyway.  The advantage of watching the TV show is, if you have the patience, you can go back and understand what’s being said.

Sometimes even the best shows can still be difficult for students to improve your Spanish, because of the slang, the fact that subtitles are not always word-for-word, the length of the video, and the fact that you don’t have a transcript and translation to go back and know exactly what was said.  We created the Happy Hour Spanish Online Immersion course with these issues in mind.  To really improve your Spanish, check out our travel videos and podcasts that are in 100% Spanish with Spanish transcripts and translation!

Top 5 Spanish TV shows to binge and practice your Spanish

So let’s get to the Spanish TV shows! Here are our top picks for Spanish TV shows for Spanish students. We’ve tried to provide links to where you can stream them online. These are all originally in Spanish, so of course we recommend keeping the audio in Spanish. If you’re comfortable with Spanish subtitles, remember to choose closed caption subtitles.

Note: We’re not including Narcos in our list here, only because it is not 100% Spanish language (more like 50/50), and we’ve recommended it previously.

Sort of a Spanish Ocean’s 8/11/12. Over the course of now 4 seasons (season 4 released April 3, 2020) A group of robbers attempt to carry out the most perfect robbery in Spanish history – stealing 2.4 billion euros from the Royal Mint of Spain. Forbes lists money heist as the most popular foreign language series on Netflix.

Set in the 1920s, this is the story of four women from different backgrounds newly hired as operators for a phone company.

A series with high drama taking place in a fashion house in Madrid Spain in the 1950’s.

Having been dubbed the Spanish Downton Abbey, the series follows the drama of a family-owned hotel in the Spanish countryside, set in 1905.

A series following the life story of Celia, who broke through the white-male dominated salsa music scene in Cuba to become the queen of salsa.

The following were previously recommended, but are not currently showing on Netflix US, Hulu or other streaming services, but may still be able to be purchased or streamed from different sources.  Let us know in the comments if you find somewhere to watch them!

This series isn’t as religious as you might think considering it’s about the current pope.  The series chronicles a vignette in his young life in Argentina in a time when the country is torn apart by military dictator Jorge Rafael Videla.

Based on the real life of Lady Tabares, who went from poverty to fame, and then to facing prison for a horrible crime.

(The time in between / The time between seams)
Setting: Spain (castellano)
imdb 8.5

Taking place during Spain’s civil war, the series follows the life of a young Spanish dressmaker

Some of the above are pretty advanced and pretty fast paced Spanish, so we’re going to list one more TV series in Spanish that’s popular for Spanish students.  Its a language-learning series originally broadcast in the UK in 2002, which seems to be a bit of a Friends-style take-off.

You can watch the first season free on Youtube here

Do you have a favorite series or show in Spanish you’d like to share or recommend? Let us know in the comments 🙂 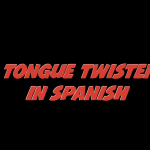