What’s the difference between tener que vs deber vs hay que?

Thanks for this question from one of our Facebook students:

Follow along with the video above, then confirm your understanding with the summary below and a few additional points to consider.

These three periphrases are used to express an obligation, as in “I have to do something “, or “one must do something”.

In essence, they all mean the same thing.  However, the major difference between the expressions is simply whether or not it is directed personally or impersonally.

Both Tener que and Deber are considered personal, because they imply someone in particular has to or should do something, and they are conjugated using one of the 6 personal pronouns (Yo, tú, el, nosotros etc.). For example:

Debo estudiar = I must study

Meanwhile, hay que is used impersonally, implying that ‘one must’ or ‘one should’, as in:

For more practice, check out the following examples:

Deberían hablar con sus padres = They should talk with his parents

Mario debe ser puntual = Maria has to be punctual

Nosotros debemos terminar los ejercicios = We must finish the exercises

Hay que estar atento = One must be attentive

Hay que ordenar la casa = One must organize the house

A note about the English translation of deber and hay que

Deber can mean either should or must, which can significantly effect the meaning of the sentence. After all, consider telling someone they ‘should exercise’ and they ‘must exercise’.

Ella debería acostarse temprano para recuperar de su resfriada = She should go to bed early to recover from her cold.

As we made clear prior, hay que is an impersonal use of an obligational periphrase, and is most often translated as ‘one must‘.

However, in English using the impersonal form has a more formal sentiment.  In English we may often use ‘we’ or ‘you’ to express the general idea, because saying ‘one’ has a ‘stuffier’ feeling.

For more on these concepts, our subscribers can check out these related video lessons:
Lesson 10: Periphrases of obligation
Lesson 36: The conditional

Not yet a subscriber? Find out about our online immersion course and subscription options here 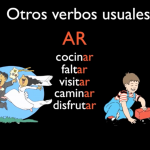